Do you have to be a guy to enjoy fishing? Not really, women enjoy fishing as much as men do. Gone are the days when your hobbies were decided by your gender. There are numerous men in the world who love to cook and watch ballet. If it is completely acceptable for a dad to cook a meal for his kids and go watch a ballet with his wife, then why can’t a wife go out fishing with her husband or play baseball with her son? It all depends on a person’s interest and not on a person being of a certain gender.

Men and women share hobbies, sports and interests these days. This has helped them understand and accept each other in a more clear way. To enjoy fishing, all you need is to have a heart for the outdoors and the open ocean and the zeal to hook in and fight a fish. It is the exciting aspects of fishing that has made it a popular sport among both men and women equally. Who wouldn’t like to spend some quality time with their family or friends in the open ocean under the sun? Like any other sport, fishing can get your adrenaline pumping. The thought of casting a line into the ocean or lake and feeling the fish bite  on the other end of the line can excite anyone. To reel in a fish without losing it can be as challenging as gaining a point in any other game. 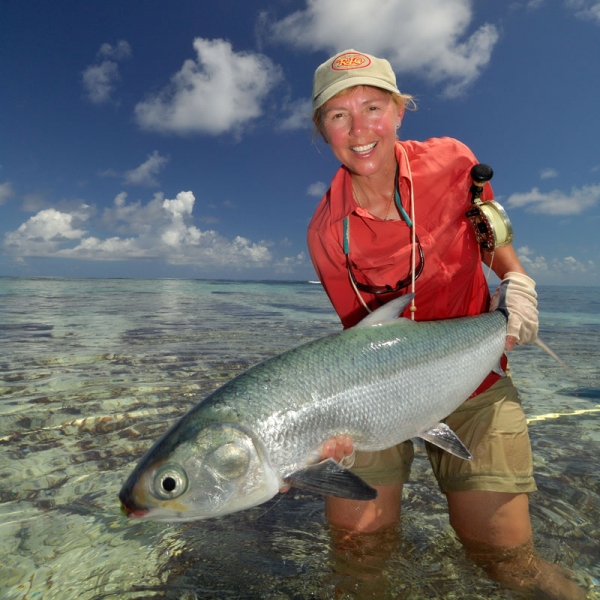 The old fashioned thought of Fishing being a Guy’s thing as faded out. The likes of Sarah Gardener, Cathy Beck and Diana Rudolph are examples of how women have excelled in this once male dominated sport. Despite being male dominated to a large extent, these days the doors to sport fishing have been widely opened for women. Many women are coming forth and embracing this sport for its vitality and indulgence factor. The number of women getting fishing license has increased by millions in these years which evidently shows the acclaim for the sport among women. Roger Lee Brown, the Bass Coach can be cited saying that .” In fact some of the women, that I have taught or fished with, in the past seem to make better anglers than most of men do when it comes to using certain types of artificial baits and techniques!, maybe because of the patient factor most women have over the men.”  It has been stated that many women take to fishing to prove themselves to be at par with their male counterparts and some plunge into it just for the love of the game. 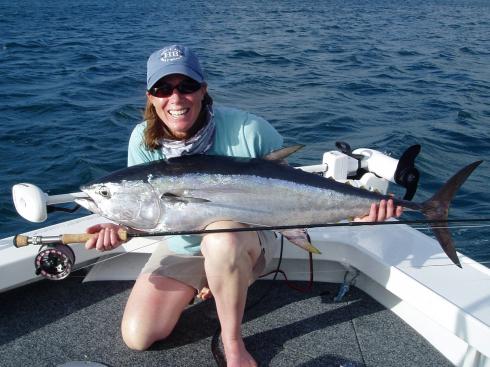 It is a taxing game and it requires stamina, patience, skill and preparation. But of all it is a sport that brings out the thrill and challenge in stalking, ambushing, chasing and defeating the fish. This innate urge in every human is the reason why fishing has become an equal favorite among both men and women. Fishing is an awesome sport to unwind and rejuvenate yourself from the daily chores of life. The accomplishment of having defeated a fighting fish not only give you immense pleasure but it can also boost a person’s confidence. So, why should only boys have all the fun?